At first sight the present airline and airport chaos seems only to be a symptom of too little planning, too much optimism and an incompetent Government. But worryingly there is another dynamic at work. Many airlines are creaking with debt, desperate for cash and are fighting for survival.

In February 2019, pre-pandemic, an article in the The Conversation by Loizos Heracleous, Professor of Strategy, Warwick Business School, University of Warwick) explained the dire prospects of investing in airlines. (“Airlines are going bust in droves, so why do so many people try to launch them?”). For example, in 2017, 79 new airlines launched around the world at the same time as 25 went bust. In Europe it was 29 entrants and 14 collapses.”

Pre-pandemic the situation was already dire. Yet a recent IATA report estimated that airline debt levels during the pandemic have increased by more than $220 billion to over $650 billion, though McKinsey estimated that the debt could be between $870Bn and $1.1Trn by 2024.

Steve Udvar-Hazy, Executive Chairman of Air Lease Corporation (ALC) commented recently on the impact that COVID has had on the industry. He said;

“The airline industry as a whole on a global level has lost everything they’ve earned since World War II. I mean, everything, all the profits that were hard-earned are gone.“If it was not for government support, either in the forms of guarantees, equity, loans, all kinds of medicine government agencies have put forth, the airline industry would have been crippled.”
With an obligation to repay State support loans first, airlines find themselves with fewer alternatives to raise cash. With little wiggle room but with post pandemic demand, an obvious lifeline for airlines is to return to full schedules as soon as possible. This would attract customer up front cash for future flying which would alleviate some of their current cash needs. With most lines of credit exhausted customer money has become lifeblood of many ailing airlines.

Like most businesses, airlines took full use of the Governments flawed furlough scheme that paid employees not to work. In the words of Milton Friedman “Spending isn’t good, what’s good is producing.” On both counts the UK Chancellor showed clearly his economic naïveté. More than that furlough became the first step to redundancy, it emotionally disenfranchised furloughed staff and melted the glue of employer/employee trusting relationships.

Many furloughed employees are apprehensive about returning to a company they once trusted. Many have found savings on childcare, travel and a better quality of life outweigh returning to the office.

With new full schedules airlines have suffered staff shortages which have resulted in flight delays and cancellations. Rather than refund and compensate customers, which they are legally obliged to do, they have been allowed to financially abuse the customer by fobbing them off. “Your safety is our priority” doesn’t seem to stretch to the customers financial welfare.

A recent BEIS (Business, Energy and Industrial Strategy) Government Committee hearing heard Sue Davies, Head of Consumer Rights at Which, state there was a real issue of compliance with passenger rights and enforcement of consumer rights, which she claimed has “created a culture” within the industry where it is acceptable to “treat consumers poorly”.

Governments have failed to force airlines to separate customer “up-front” payments, in fact they have turned a blind eye to this ticking time bomb. Giving financial support without insisting on quid pro quo to protect customer money and adhere more strictly to EU261. New Atol proposals fail to address protecting customer money deposited with airlines, by a long way the single biggest flaw in Atol protection.

But many airlines are “dead-men walking, they have too much debt yet were reluctant to rehire staff expeditiously or attract them at an increased salary. Add in increased fuel costs and loan interest, increased fares, climate change compliance, a public that will travel less as it sees a recession set in and the industry is in a perfect storm post pandemic.

The travel industry is now vulnerable to a spate of airlines going bust and the fallout could bring down hundreds of ATOL holders who are in the front line of customer protection. ATOL protection is incomplete as it places the ATOL holder in the line of fire but not the airline, similar to forcing a sub-contract plumber to complete a building when the main contractor goes bust.

ATOL holders are now in jeopardy, exposed to airlines going bust and must ensure they insure against airline failure. A more assertive stance by Government and the industry should be taken against airlines that flout their obligations under EU261 (UK) seeking redress in Court or by credit card “charge back” if necessary.

There are rocky times ahead for airlines but worse innocent ATOL holders and customers could be collateral damage. If ATOL reforms force airlines to protect customer money more adequately and adhere to their legal obligations then the industry will be a better place to work and create a more trusting relationship with customers. 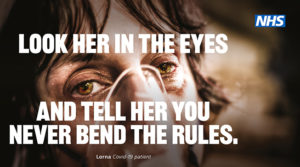 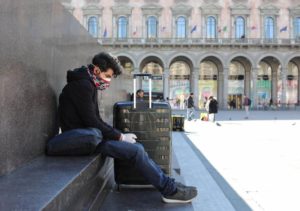